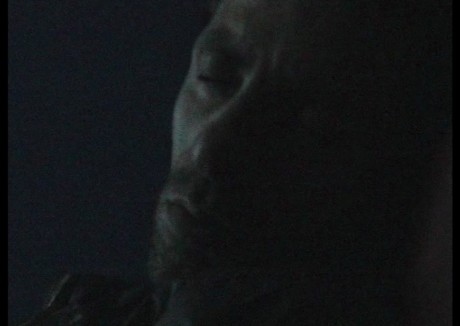 In a further edition of the ZUSPIEL-series, Künstlerhaus Bethanien presents the film “Big Sexyland” (2008) by photographer and filmmaker Tobias Zielony. In his works Zielony portrays groups of youths in desolate surroundings: the interchangeable peripheries of cities such as Berlin, Bristol, or Marseille. He works in the style of reportage, however, his images are not limited to simply documenting living conditions. Instead, he raises sociological questions: what types of signs construct these young adults’ identity? What influence does their environment have on their understanding of self, what impact do they have on their environment? Zielony’s works combine and reflect a young seemingly lost generation’s issues of self-perception and judgement of others in the ghettos, prisons, and suburbia of our society. To produce the film presented in Künstlerhaus Bethanien Zielony followed young rent boys in a Berlin sex cinema and park over a period of several months. The film Big Sexyland (2008) is set in a Berlin sex cinema, which is not only a place of work, but serves as a “safe haven” for prostitutes. Zielony’s protagonist, a young man, is shown asleep, lying in one of the shabby upholstered seats of the projection area. The only source of light in the darkness is a porn film in the background. Projections outlining mechanical physical movements, monotonous moans and groans, envelop the sleeping young man. In his dreams, the young sex worker transcends the “Big Sexyland” represented in Western Europe, he seems far far away from his daily physical presence and sexual labour. His body is at the centre of Western capitalist society, fulfilling society’s promises – such as venal sex.