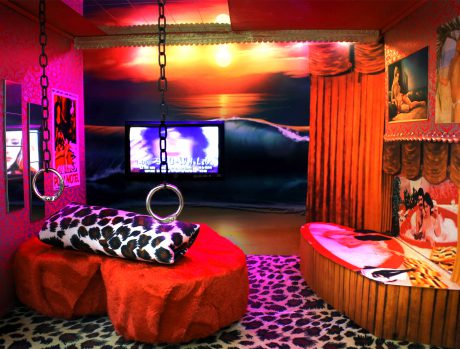 Tracey Snelling’s artistic practice is based on a profound interest in sociological, psychological and geographical occurrences. For her show – the title is a reference to the song by Leonard Cohen – various forms of her signature small-scaled room and house sculptures will be displayed, while presenting two life-sized spatial installations at the exhibition’s centre. Influenced by her surroundings, the vibrant and obscure areas of Berlin, it’s diverse urbanity, culture and clubbing scene, Snelling merges different absorbed impressions with peculiarities of the digital world, popular culture, news or politics, creating mundane and odd spaces.

For the opening, performers will bring her installations to life by acting out tasks ranging from familiar to bizarre – a three-hour performance, filmed and later displayed on the rooms’ television sets, inviting anyone to watch, re-enact or interact with the environments.