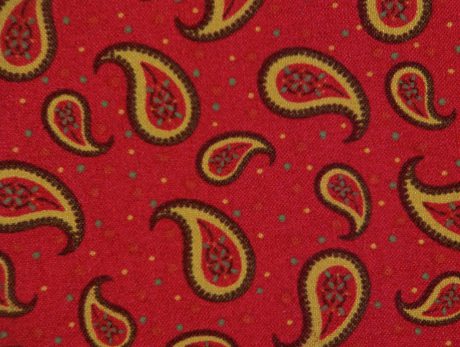 Persian Pickles is a stroboscopic study of paisley patterns. This abstract, teardrop-shaped ornament originated from Persian weavings and became popular in the West, with appearances in Irish quilting in the 18th century and later as a symbol of American as well as British Counterculture. Jodie Mack’s anti-animation captured on 16mm film uses textile close-ups to examine the decorative and its relationship to accelerating cycles of fashion, while the associative soundtrack bridges the monotonous running noise of a film projector to the exploiting modes of production in textile factories.
Jodie Mack *1983, lives and works in Hanover and Cambridge, USA | www.jodiemack.com