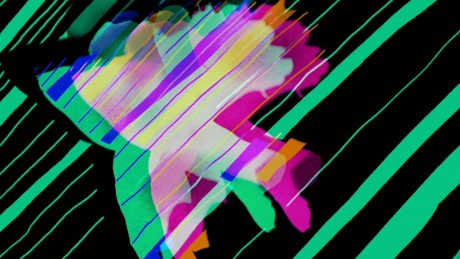 The visual poem Attraction melts dense textures into fluid shapes, which later coagulate into flickering colors. In a spellbinding visual sensation the viewers are captured so closely, that they become seducing insects, blossoming plants or sporulating fungi themselves. Emily Scaife uses a complex transformational process from shooting on black and white 16mm film, to hand-coloring and digital editing to magnify into a world of small wonders. The captivatingly gloomy soundscape, composed by the artist herself, creates a unique perspective on the fragile interplay of nature, which threatens to disappear continuously in the all-consuming Anthropocene.