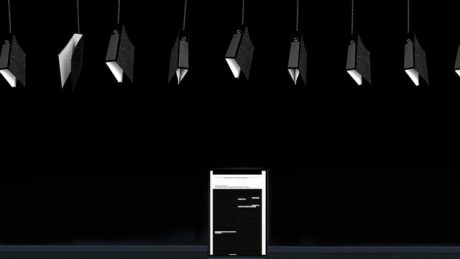 A dark chapter of recent German history is addressed in Katharina Kohl’s film. The artist approaches the NSU trial, in which the right-wing extremist terror group “National Socialist Underground” committed a total of 10 murders between 2000 and 2007. During the trial, which lasted five years, investigators from all areas of the constitutional state were questioned. In the process, themes of absence manifest themselves: Absence of clear circumstances. Absence of justice, of truth, of information, of distance from terror, of certainty and of evidence. This absence is black and blackened. This representation reveals a strong gesture and desire for not wanting to remember. Those in power do not want to take responsibility for the consequences of their actions. They prefer ignorance and oblivion over the weight of their own position.

The film shown is one part of the extensive artistic work, which is accompanied by a book: https://revolver-publishing.com/personalbefragung-innere-sicherheit.html

curated by Robert Seidel within the programme Phantom Horizons