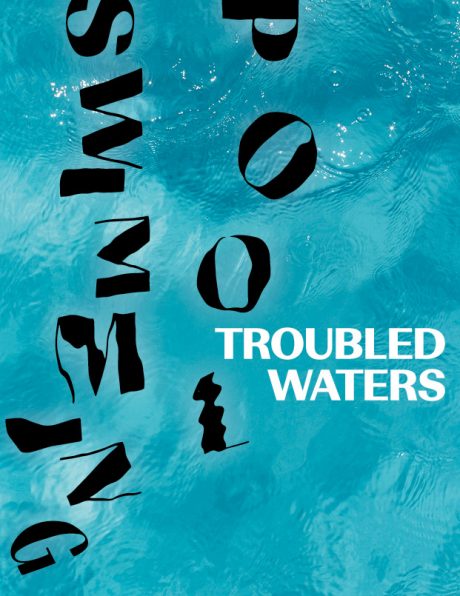 We are all familiar with that cosy, languorous, sun-drenched feeling as the glistening water in a deep blue pool swirls around our feet . . . We are all familiar? The exhibition Swimming Pool – Troubled Waters draws on the wide range of ideas and emotions we associate with the topos of the  swimming pool, and seeks to expose those common clichés and prejudices that chart our diverse, lasting, and often murky experiences with water. The exhibition probes class barriers and systems of exclusion, amongst others those brought to the surface by the European migrant crisis. References from film history, contemporary art, and a participative reading room developed by C& Center of Unfinished Business, attempts to sound out the gradual infiltration of the issues of inclusion and exclusion into the awareness of affluent societies.

The pivotal axis of the exhibition is Luca Guadagnino’s A Bigger Splash from 2015, a film inspired by Jacques Deray’s thriller La Piscine (The Swimming Pool) from 1969. Luca Guadagnino has created a veritable anti-film, brushing its sensually elegant predecessor from 1969 against the grain. While La Piscine barely touches on contemporary social conflict, A Bigger Splash casually fades refugees into the background plot, before fatally weaving them into its climax: when the question of who is to blame for a murder by the pool arises, the films protagonists agree to frame those for the crime.

The title of the film also alludes to David Hockney’s 1967 painting of the same name. This iconic depiction of hedonistic, queer, Californian joie de vivre is here contrasted with awareness of acute water shortages and water pollution.

In the exhibition, the waters of the swimming pool as a carefree sign of prosperity and the corresponding clichés are permanently clouded.

For further information please send an email to: uehlken@bethanien.de.