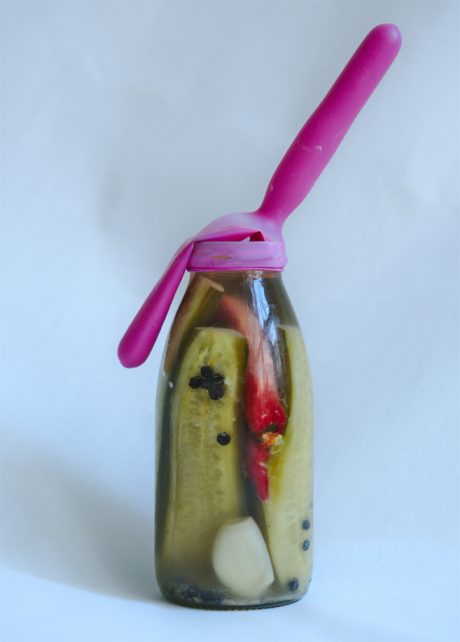 “A primary goal I have as an artist is to construct complex systems that I do not fully understand, with behaviours I cannot fully predict; with the intention of attempting to understand them”. (Peter Flemming)

Flemming’s works are complex systems that often resemble scientific experimental set-ups. Such systems serve as foils for him to create a temporary space for contemplating things that are normally hardly perceptible or too common to be seen by us.
At Künstlerhaus Bethanien, Flemming presents two new works – Sour Bodies and Low Places – which deal in very different ways with concepts of time, gravity temperature, environment and transformation. Sour Bodies (2019) is a series of  25 time-lapse videos that document fermentation processes initiated by Flemming, which last for hours, days or weeks. The processes are neither scientifically sound nor made with regard to a marketable end product. Rather than creating systems that are based on control or economy, Flemming is concerned with creating systems where the disintegration and decay of natural forms are seen as a process of transformation from which other, new forms of (co)living emerge. The video installation also includes the amplified sound of a Ginger Bug culture in fermentation, which is used to produce sodas and tonics.
The expansive site-specific installation Low Places is an open, temperature-dependent robotic ecosystem in which Flemming leads his cybernetic experiments further. Using the weight of water and its natural tendency to move toward the lowest point, temporary, island-like structures of sand are created on the floor of the exhibition space, whose forms are ever-changing and unpredictable.