another Exhibition
The Touch of History 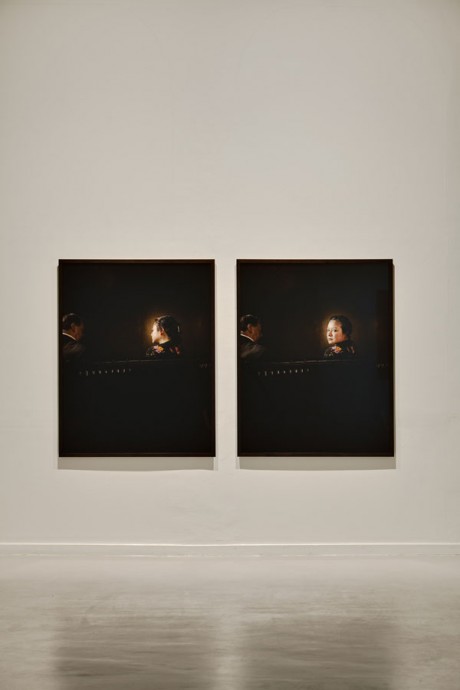 Pernille Koldbech Fich’s creative medium is photography. To date, she has produced mainly portraits, which exude a tremendous psychological and poetic power. The fascination radiating from Koldbech Fich’s photographs lies in the magnetism of her characters surrounded by an impression of loneliness, and in the role into which the viewer is drawn as he puzzles over their history. Taken in a dark interior reminiscent of oil paintings by the old masters, the photographs show a manifest painterly quality, which Koldbech Fich employs to suggest a certain ‘timelessness’ and therefore universal validity of those mental states depicted.

The artist’s approach to the production of her photographs is remarkable: in the run-up to every shooting she develops a setting, creating a special ambience into which she invites a group of people who hardly know each other. The spontaneous interaction of these people becomes a guideline for the artist’s intent observation, from which the outlines of the psychological picture are implemented as a result. It is only in a second session after a period of time has passed that the actual shooting takes place in the context established by Koldbech Fich.

In Künstlerhaus Bethanien, Koldbech Fich is showing a selection of former and most recent works which highlights current developments in Koldbech Fich’s oeuvre.

Pernille Koldbech Fich currently holds a grant from the Danish Arts Council, Copenhagen in the context of our International Studio Programme.