The Absence and Presence of the Berlin Wall, 2021/22, Photography, text 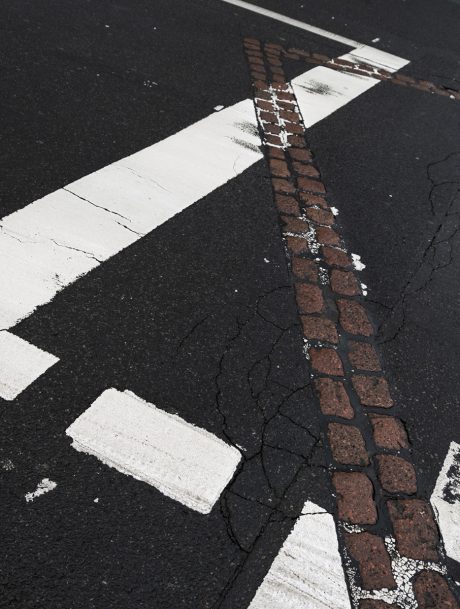 31 years after German reunification, the division of the country is quite evidently still present and palpable in terms of the economy, politics and psychology. Gesche Würfel, who has lived abroad for almost two decades, sets out with her project to search for clues to the former inner-German divide along the 160 km long Berlin Wall path. Using her camera, Würfel documents the breaks opening up in the city’s architecture and observes how nature has reclaimed space, apparently having obliterated many traces. At places where the Berlin Wall was erected as a border fortification system on the orders of the GDR government 50 years ago, in August 1961, there are now new forms of inclusion and exclusion, but also places offering no clues to their history. Every 2.8 km – representing the 28 years of the Wall’s history – Würfel photographically records those places where the divided city was a reality. Construction fences, the walls of houses, green apple orchards, busy roads and abandoned forest paths are among the subjects of her photographs. Architecture and nature refer symptomatically to the psychological dimension of this historical event. Through conversations and interviews with contemporary witnesses, memorial staff, residents along the Wall, and those affected by it, Würfel exposes wounds and documents the success story of reunification. People on both sides of the Wall are united by the aftermath having etched itself into their lives; reflected in their satisfaction with life.

The artist will be present in the exhibition from 2-5 pm on 27.2, 06.3, 13.3. and 20.3., when she would like to interview and portray visitors. Please bring along a photo / object relating to the Wall and the state of reunification.