This Place is Nowhere 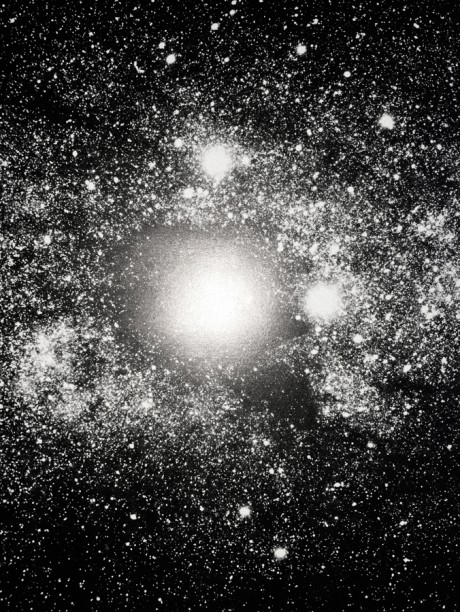 Juuso Noronkoski examines the borderlines between the photographic image and its forms of perception in the real world. He links objects found on the spot with photos documenting things long past, and combines them to produce photographic still-lifes and sculptural objects, so that the incorporated photographs not only function as windows looking back to other times and places, but also as mirrors of the viewer’s current situation.
He got the idea for the work Foreign Light during a journey to Zanzibar, where the Southern Cross could be seen in the night sky. Fascinated by the thought that this constellation had already guided seafarers like Vasco da Gama 600 years before, and that light from the darkest part of the nebula requires the same time to reach earth, Noronkoski – having later found an illustration of the constellation in a book – began to photograph it repeatedly using the camera of his mobile phone. Because the flash of the camera produced a bright, star-like reflection on the newly taken image, on the one hand the ‘historical’ light was covered by the ‘present’ one, while on the other hand, with every new photograph a new constellation was created with an increasing number of stars.
In This Place is Nowhere Noronkoski is showing a selection of recent works, which enchant the viewer with their poetic beauty and all pose the question of human empathy: how can we see something the same way that another person sees it – in a different place, in a different society, at a different time?

Juuso Noronkoski is currently participating in our International Studio Programme for six months, receiving a grant from Aalto University School of Arts, Design and Architecture.