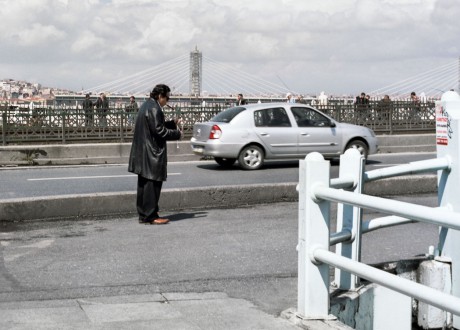 Thabiso Sekgala’s photographs have been influenced enduringly by a youth in rural and urban South Africa, which enabled the artist to develop a sensitive awareness of his country’s complex problems and the striving of all human beings for identity and a feeling of home. In his photos he investigates places, memories and the nostalgic means by which people contemplate their own identity, and seeks to show what it means to call a place “home”.
Paradise brings together a selection of more than twenty photographic works produced in Berlin and Istanbul over the past twelve months – Sekgala’s individual reflections on the theme of “paradise”, a concept linked to the same positive associations in very different cultural spheres. Sekgala also plays with the irony of the reverse viewpoint as an African in “paradise”: an irony, however, that is never cruel but allows us to recognise, in the way in which he captures people and objects in his images, the artist’s empathy and sympathy, which surely can be described as driving forces behind his artistic production.