another Exhibition
ostPunk! – too much future 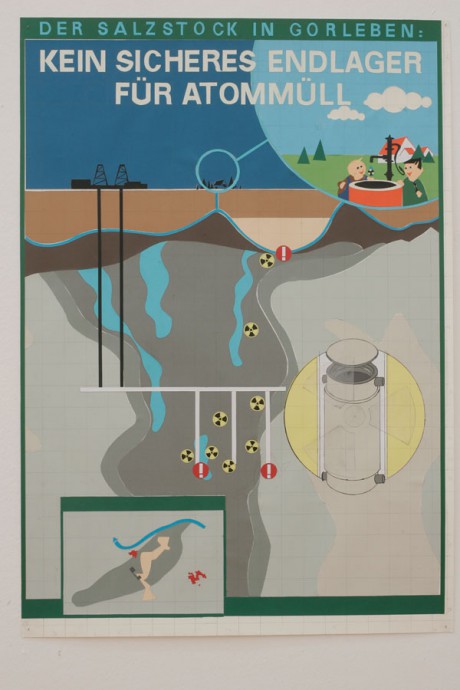 René Lück is an archaeologist of collective memory. His installations expose the hidden images and symbols that have been concealed in the deepest layers of our social memory, bringing them to the centre of our attention. In such work, Lück addresses chiefly objects and depictions which are regarded as symbols of political self-determination and have thus developed into icons of the collective memory.

The mass media, in particular television, play a central role in this reflection. Lück selects striking events from media reporting and its store of images and transforms them into objects or logos. Model-like reproductions of the hut camps occupied by opponents of nuclear power, of the state emblem of Hessen ‘disparaged’ by those objecting the West Runway, or of the disputed oil platform Brent Spar are employed to reconstruct historical constellations.

Reduced to the essentials rather than true to detail, these objects reflect the fragmentary, subjective character of personal recollection, although the artist certainly aims to enlighten us. René Lück’s works, therefore, also convey “the spirit of departure and a desire to make things happen; fleeting utopias and political opposition” (Michael Dethleffsen).