I will put my strength into the things left standing 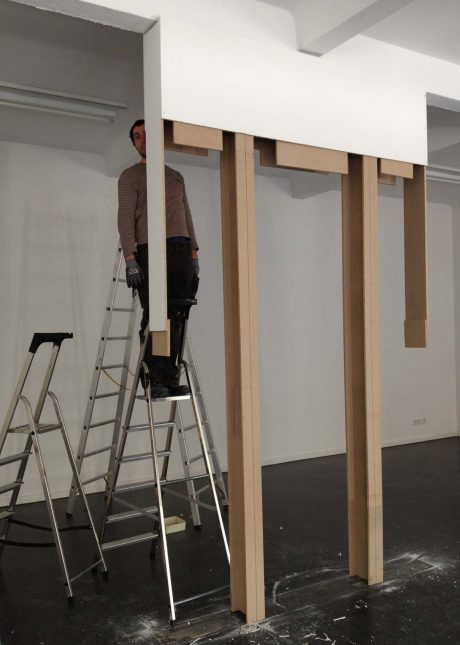 Mickaël Marchand works in urban space, using its diverse materials to create site-specific sculptures in the urban context. Every sculpture becomes part of a work series, which is finished when the artist has exhausted every possible configuration of his found material. In the context of his latest projects, which have led him to the streets of Berlin, New York and Istanbul, Marchand has been working with elements found outside but originally hidden in the private sphere.
Inasmuch as Marchand works outside traditional exhibition spaces and using unusual sculptural materials, his practice calls for permanent translation into the art context and its customary venues: for this, Marchand always uses other artistic means such as photography and video, with the help of which he transfers his urban working space into the exhibition area, where his installations in urban space are shown mainly in the form of extensive photo series and installations. For his exhibition at the Künstlerhaus Bethanien, Marchand will show recent work in a site specific installation.