It's oh so strange. When centimetres feels like miles 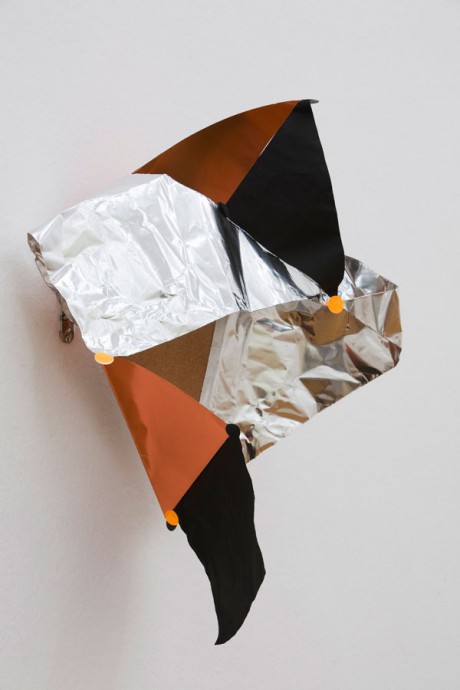 Luca Trevisani’s works are experiments aiming at a definition of the manifold relations between space, object, architecture and the viewers within it. Partly, they are manifest as performances in real time with audience participation, or else they take the form of sculptures and photographs documenting past experiments. Trevisani’s objects often resemble hand-made apparatuses or bizarre experimental set-ups, and they sometimes illustrate fundamental physical laws such as the principle of communicating tubes.

‘When centimetres feels like miles’ involves the spatial conditions of the exhibition space in the presentation’s form, transforming Studio 3 into a walk-in installation with various sculptures, which – as often in Trevisani’s work – are made of ultra-light, stable and malleable materials such as balsawood or fibre-glass. Following nature’s example, these objects display hardly any right-angles. This makes ‘When centimetres feels like miles’ into an equally sensual and intellectual experience, also illustrating the artist’s thesis that space cannot be reduced to geometric units of measure: “The attempt to bring space back to measure, geometry, is always destined to fail, the obsession of measuring the world, due to its utopian impulse for order, is condemned to endless repetition.“ (Luca Trevisani)

In 2007, Luca Trevisani won the FURLA Prize, presented by Viafarini.