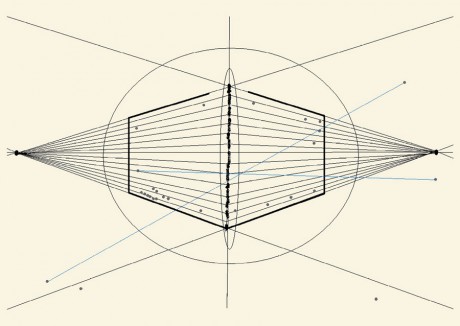 With her works Iza Tarasewicz creates conduits for a temporary meeting of different substances, locations, temporalities and concepts – for the artist mere events in a continuous series of material and symbolic interactions. Tarasewicz’s researching and transforming are complex exercises of interpreting that manifest themselves in objects, spaces, diagrams and sketches, sounds, videos or performances. In Berlin Tarasewicz focuses on reflecting the city’s open character in her current work and therefore she realized her recently shown project in the Polnishes Institut Berlin in collaboration with the in Prague living Australian poet and critic Louis Armand. Amand’s metaphysical poetry inspired Tarasewicz to her exhibition “The Strange Attractors” which now continues in the Künstlerhaus Bethanien in the shape of a fascinating arrangement of objects and sculptures of linen, metal, hemp fibre, rubber and tar changing according to the observer’s perspective.
Taraswecz is receiving a fellowship of the Foundation for Polish-German Cooperation in the context of the Künstlerhaus Bethanien’s international studio program.