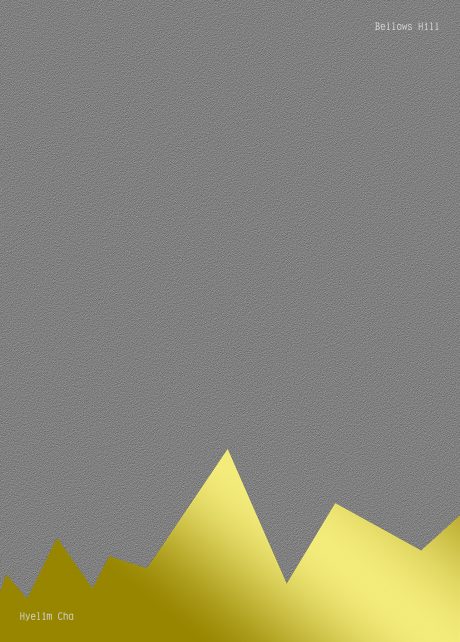 In her paintings, videos and sculptures, Hyelim Cha shows non-linear and literary narratives consisting of several levels, which depict a wealth of information from contemporary media. The focus of her work is the individual as an independent being in the information society, as well as the relationship between community, society and the individual as conveyed through our modern media. Over the years, the artist has developed a unique, multi-layered language of metaphors and symbols, inspired by mythologies, historical and contemporary developments, film, architecture, music, and socio-cultural themes.
Cha has based her solo exhibition Bellows Hill on two pictorial associations: on the one hand, the idea of a Berlin underworld full of secrets, on the foundation of which contemporary Berlin exists; on the other hand, the image of an artist’s inner world, of the artist as their own underworld. For the series Metallurgy, Cha associates industrial forms made into new objects, covered with a layer of paper, and mimicry with Berlin’s Teufelsberg, whose shell conceals a subsoil of industrial waste and rubble. It is paired with Wood/Number of the World, a nine-part cement structure and metaphor for the artist’s role as mediator in our world. On the first floor, the paintings Tango_rule of prime number are mysteriously connected by means of a structure reminiscent of the bellows of a bandoneon musical instrument. In Nine Hole Bridge, as well, the choice of material becomes a chain of associations inspired by stories about Berlin beer cellars that were converted into bunkers by filling them with cement during the Second World War.