another Exhibition
The mechanical corps 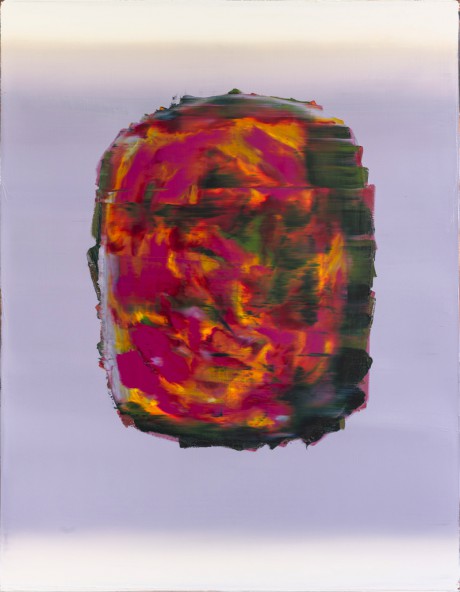 “An artist is being distinguished, with Peter Krauskopf, whose images trigger astonishment, even incredulous amazement in their viewers. The artist works with perceptual phenomena, playing with our capacity for memory building. Thus his images are also concerned with remembrance and disappearance. In time, the motivation to define something in an abstract form evolves automatically through the process of painting, and the material-immanent nature of the paint. Krauskopf gives something while simultaneously taking something back. He offers information and simultaneously negates it by painting over or scratching off parts of the image and so modifying both acts to create fresh information. In this context, the artist savours his own amazement, which grips him at the moment when something is destroyed. Peter Krauskopf’s images have no story to tell but a lot to say. They speak of risks and of a struggle; here, they do not share all that could be said. But in the mode of painting, nonetheless, it becomes clear that the artist is searching for a way to make the incomprehensible comprehensible. Not that this stops him from interpreting the visible signs, however.” (Christoph Tannert)

A catalogue will be appearing to mark the award of the Falkenrot Prize 2015 to Peter Krauskopf. Published by Künstlerhaus Bethanien, it includes a foreword by Christoph Tannert and an essay on the artist’s work by Fernando Castro Flórez. (Design: Susanne Bax, Berlin)