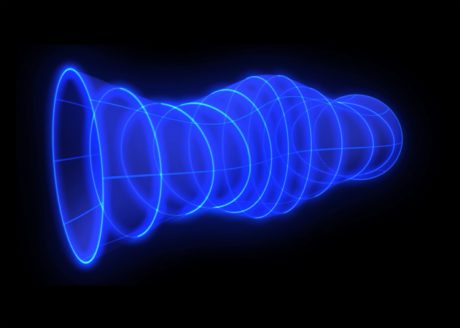 Emilija Škarnulyte’s artistic work consists of a series of multimedia visions:  mythologies of the post-human future, cosmic scale entities and planetary awareness. In a decidedly poetic approach she poses questions regarding natural molecular structures invisible to man, or geological deep time. With a view to our present age, the anthropocene geological era, the artist explores the link between art and science, visiting places where technological systems and human ideas and desires cross: “Emilija allows herself to be measured by cosmic and gigantic terrestrial forces: evolution, black holes, the biosphere, magnetic fields, photons, gravity waves, NATO, the Soviet Union, patriarchy, the military industrial complex, nuclear energy, crystals, minerals, the mineral extraction industry. She is a chameleon who lets herself be meditated on by beings that are physically larger than the conventional human realm, and which seem to many to be indifferent to it, or invisible, or irrelevant.” (Timothy Morton)
In the Künstlerhaus Škarnulyte is also showing her latest film, Mirror Matter (2017), a fictional visual meditation about contemporary science, for which she has been able to cooperate with the Swiss CERN.

A public talk between the artist and Timothy Morton will take place at 6:00 pm on 10th October.
(Exhibition rooms, Kottbusser Str. 10, free entry)