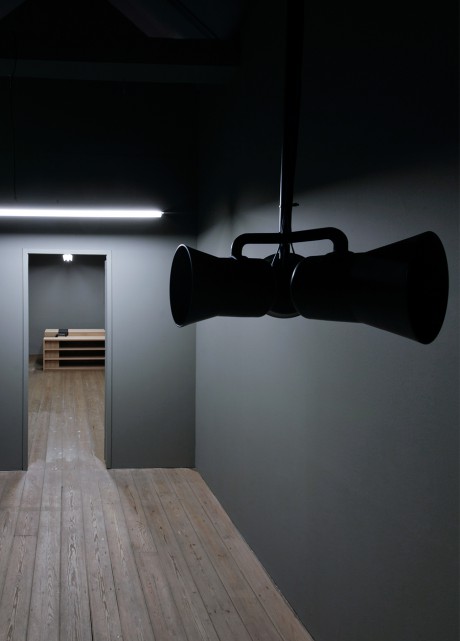 Over the past years Charles van Otterdijk has been working on the project Double Centre, based around the discovery of two locations on the German-Polish border. Double Centre addresses the culture of surveillance and the way in which information is controlled and mediated. Through photographs, texts and objects the artist explains how he came across two secret sites and proceeded to document as well as re-creating the objects which he discovered in the buildings. These objects include wooden crafted contraptions, whose use is as unclear as the authenticity of the places in which they were found.
Clouded in mystery, these locations appear as military or even detention centres, their aesthetics and form seeped in authority and interrogation. They allude to an unknown history as well as the legacy and continuing practice of governments throughout the world who survey and question away from the eyes of the public and the law.
Situation Report #3 at Künstlerhaus Bethanien will be the last report about Double Centre for now.

Charles van Otterdkijk is an artist and researcher based between the Netherlands and Germany. In 2014/2015 he was artist-in-residence at Künstlerhaus Bethanien, as a grantee of the Mondriaan Fonds.