another Exhibition
MANIFEST Yourself! 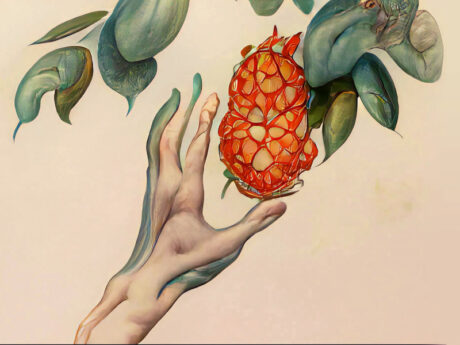 The short film Borrowed Limbs emphasises the mediating role of speculative design in the face of current disruptive advances in AI research. The protagonist is an AI that accesses a human body directly to gain an embodied understanding of its surroundings and complete its journey towards becoming a posthuman being. The visual language of the film is based on image synthesis on the foundation of so-called “prompts”, which oftentimes describe a complex image with just a few words and references that the AI subsequently generates on the basis of millions of learned examples. The unsteadiness of what is shown is reminiscent of early experiments on cellulose nitrate film and scarcely hints at the dramatic shifts in the (re)production of human creativity that still lie ahead…