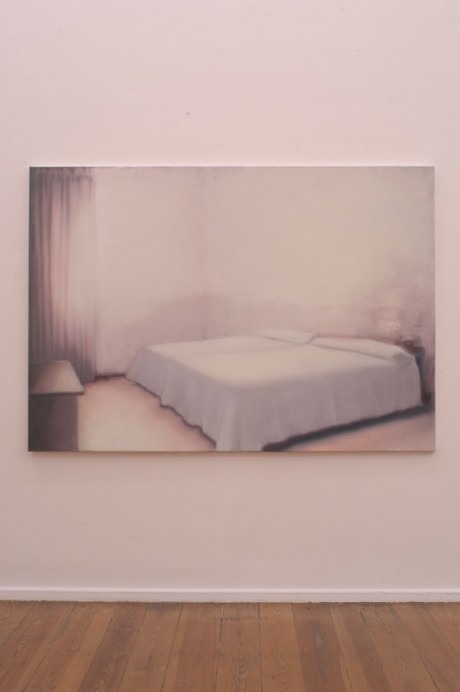 Attila Szücs’ painting always has something dreamlike about it. The objects and scenes depicted may appear vaguely familiar to the viewer, he may feel he has already experienced the unspectacular scenes – but they open a speculative sphere to the imagination: Szücs’ pictures evoke the history of painting in order to place it – with a more subjective bias – in the viewer’s hands. As Iván András Bojár points out: “Szücs’ paintings are based on photographs. He finds, collects and investigates images which interest him, carrying this conserved disquiet about with him in his memory until suddenly, out of the blue and after a few sketches, the images allow themselves to be transposed into painting”. “A photo is the mechanical reproduction of the spectacle of reality. In Szücs’ pictures a selection takes place, and the interesting elements of this ‘reality-spectacle’ emerge for him.”

“Much as he may wish to remain true to the mechanical image, the act of painting brings personal aspects into play. Despite his efforts at realism, in Szücs’ work the image develops into an opinion.” (Bojár)