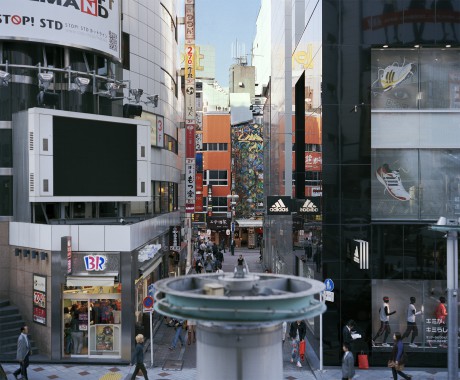 What we see from the surface. The city gives me a sense of evanescence. All the cities are formed by man’s greed and the depth of it decides the size of the cities. Every single thing existing in the cities is consisted by man intentionally. The cities transforms themselves every moment like the nature does. The city in the period of time where our identity and subjectivity has been lost in the urban environment. The city has lost traditional meaning of the perspective structure and collapsed and expanded itself beyond men’s intention. I sometime see the future of the city in the boundary of humans and the nature as if man’s greed were disappeared. I want to record it by photography before it disappears.