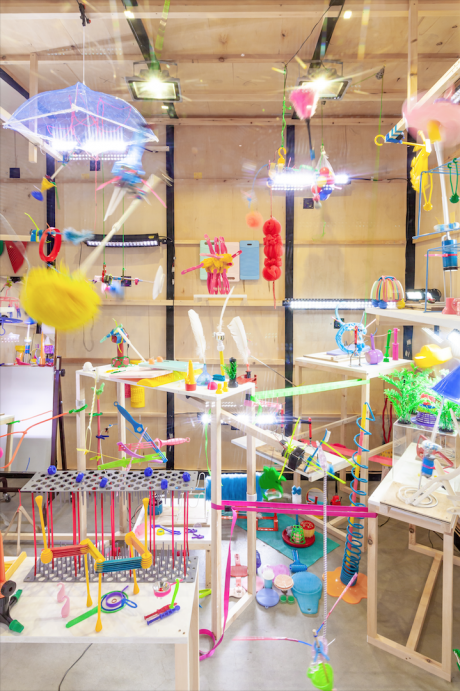 Tsuyoshi Anzai uses everyday objects as his primary medium, above all cheap plastic products consumed everywhere around the world. He creates simple-structured machines by making impromptu combinations of everyday items and motors. These kinetic sculptures display unexpected behavior. They move clumsily as if going through conflicts in reconciling different purposes of their single components. They behave like creatures with their own will. Anzai defines these machines as “things that are beyond control”, i.e. the world itself. For him producing works is a way to communicate with phenomena in this world that we cannot control. Currently, he focuses on the relationship between plastics and humans. He captures contradictions of our world surrounding consumerism, the oil industry, and environmentalism by giving them a different perspective.