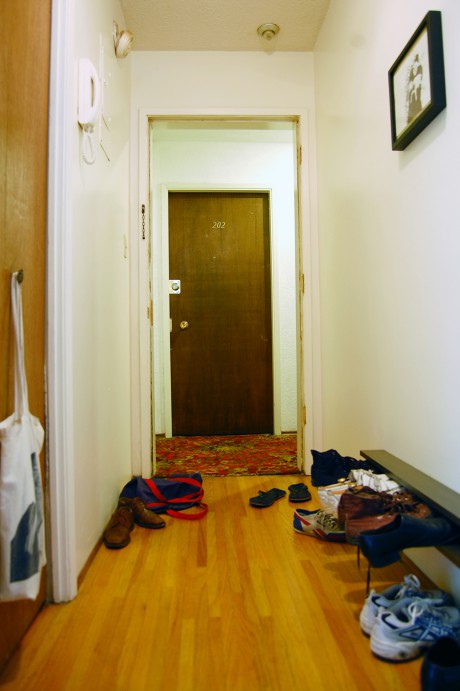 Ron Tran’s art practice is more ethereal than tangible and resides as much in the imagination of the audience as it does in the gestures of artistic process and the actual material outcome. It is like living without a front door, leaving one vulnerable and exposed, but also open to new encounters. This scenario literally depicts one of Tran’s artworks and metaphorically conjures his need to put something, often himself, at risk. In the end, the threats he conjures are more imagined than realized. The disruption caused by placing his door in the gallery for over a month quietly passed with no real harm, beyond the disruption of routine and building of suspense with imagined consequences, but the potential of something happening is enough to both reify the boundary it unlocks as much as opens.  In staging this simple scenario and throughout much of Tran’s work, he belies a marked understanding of human boundaries and the micro social rituals that constitute them.  He knows how to prod at our sensitive spots, pressing through our intimacies by building an anticipation that falls more banally than adversely.

Grantee
of the Canada Council for the Arts and the Embassy of Canada, Berlin