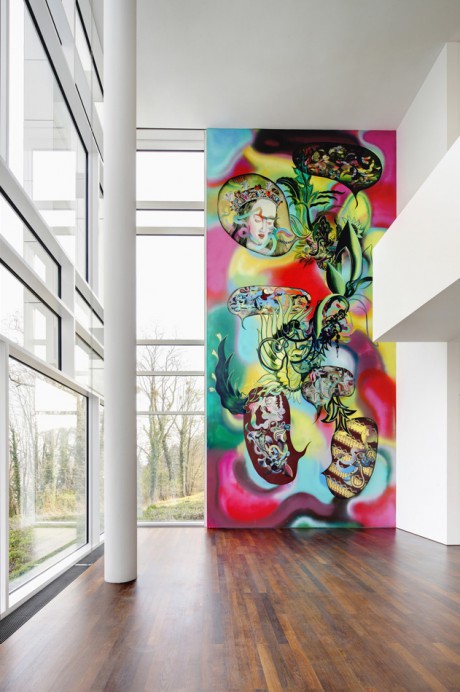 Curvy, sensuous and ostentatious lines make up much of Hadassah Emmerich’s drawings, paintings, murals and linocuts. “Exotic” and “feminine” imagery – flowers, vines, fruits, women’s bodies and faces – also populate her images and installations, in which male figures such as Paul Gauguin or King Sigismund II make occasional appearances. Literature, ranging from Gauguin biographies to the writings of the British-Pakistani author Hanif Kureishi and the contemporary Indonesian feminist Ayu Utami, appears in her work in the form of text, which is incorporated into her complex imagery. Raised in the Netherlands and now based in Berlin, Emmerich is of German, Chinese and Indonesian descent. By calling on her own personal history and heritage of colonialism as well as borrowing the personas of historical figures, Emmerich navigates the residues of orientalism in a contemporary context. Emmerich weaves together narratives and images that provide entry points into histories and current interpretations of  “the other”. (Ruba Katrib)