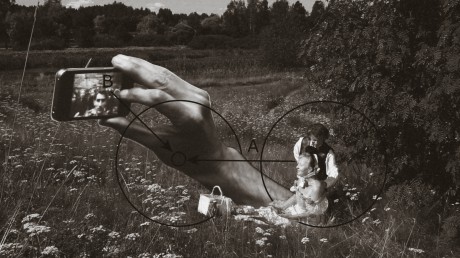 Dafna Maimon’s work constitutes an exploration of small-scale communities that challenge stereotypical constructions, if when thinking of an explorer one does it through Brecht, Godard, Perec, Bataille or Yvonne Rainer in mind. Mainly cinematic and performative, her research has been focused on understanding the limitations of roles assigned to those social environments. Reading metaphors without metaphorical sense, she takes figures that come from neuroscience, gender studies or phenomenological approaches in a literal manner. With this technique, she challenges those positions within their own terminology and brings the concepts to their most absurd limitations.

The devices she produces study in a playful style questions related to the unclear limits of identity, the self and the body. In order to enquire these borders, she experiments with all the possibilities given by the montage technique, putting them to the service not only of the videos, but also performances, theatre machines, props, prints and texts. The crew around a movie project, her closest family, a crowd of close friends in the art-world of a city, a Bonobo tribe, or five different characters appearing as a couple of two, are possible groups she uses to research different modern traumas and conceptualizations of both pain and happiness. These communities are taken as an object of study, but simultaneously they are most of the times structural elements of the projects with which she rehearses economic affect based systems and other paths of socialization.

Grantee
of the Swedish Cultural Foundation in Finland