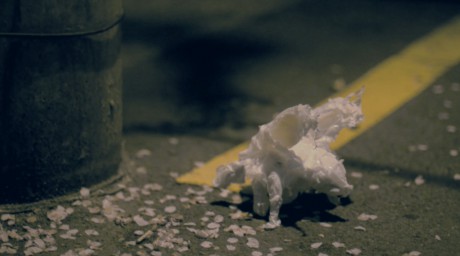 Dae Hong Kim is an interdisciplinary artist who works with diverse media, such as video, sound, installation, painting, Robotic art, durational performance and several other mediums. Not having a studio for some time has led him to unexpected places which have since influenced his body of work. The observation of his surroundings plays a great role in his work process.

The artist finds inspiration in objects we use in our daily life but mostly remain unnoticed. A plastic bag, a car, a camera, etc. becomes an indirect representation of the constrictions we are forced to live in. His most recent work “Robot Stories” revolves around the use of robotic technologies, which he tries to bring into a site-specific context.