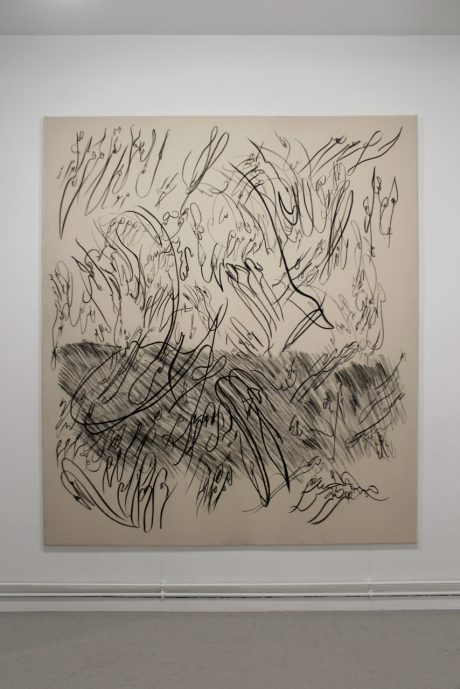 Badr Ali’s practice looks into the relationship between painting and drawing and the critical role drawing plays in the conception of ideas and visual compositions within contemporary art practices.
Drawing is used as a tool in creation and recording of knowledge by physically manifesting it into lines and gestures where we are able to visually express something we verbally cannot. The synchronisation between what we see and what we record is heavily influenced by what we feel, therefore drawing is the purest form in which we are able to express ourselves visually; in this vein, drawing is also the purest form in which we can record the birth our first inspiration. While our ideas later develop and mature into other forms, the critical information that triggered this evolution makes the initial drawing instrumental and invaluable.