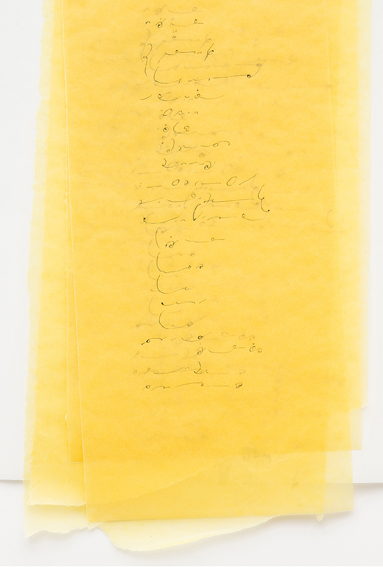 Elizabeth Hoak-Doering’s recent imagery presents transitional areas where the possibility of legibility blurs with images and how they are read. Originally a student of anthropology, she has immersed herself in places where political identity and the role of the individual are in flux or at stake, looking at ways material culture and sound betray these preferential and social operatives.  Often, in the beginning, her explorations prod at the mundane – lore, everyday objects, elemental phenomena – with diversions in historical research and writing.  Because she is looking at these phenomena in a diachronic way, habits of archiving and recording usually become part of her imagery and help separate out (and then conflate) the actions of individuals over time.